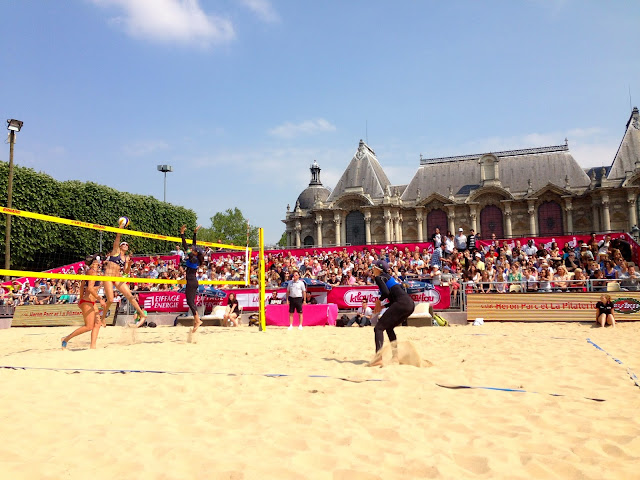 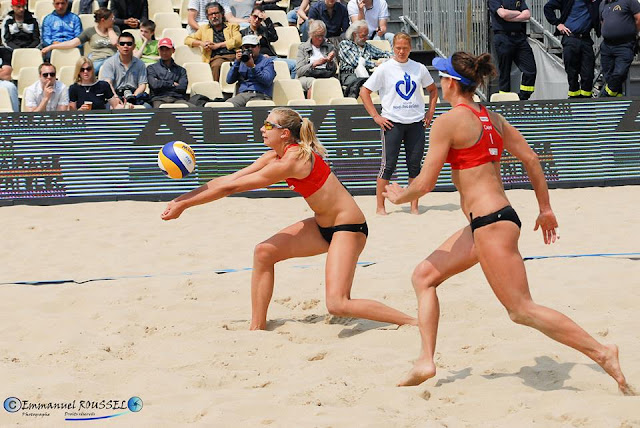 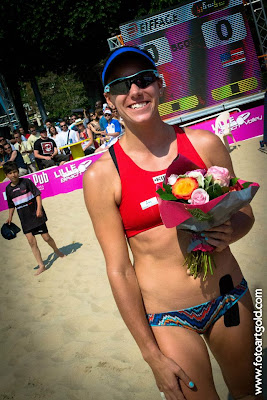 Little Broder in her PRIME!

We flew into Brussels, Belgium and got picked up from the airport and taken to Lille, France. Once we got there we were told we would be playing 3 matches the following day, jet lag and all! Not a great tournament, we ended up losing the bronze medal game and taking a 4th place finish. But the atmosphere of the this tournament was absolutely awesome! The crowds were so energetic it was infectious, despite the fact that we were so drained. Not only that, Jamie was lucky enough to have her birthday during the tournament, so she got some special treatment :) 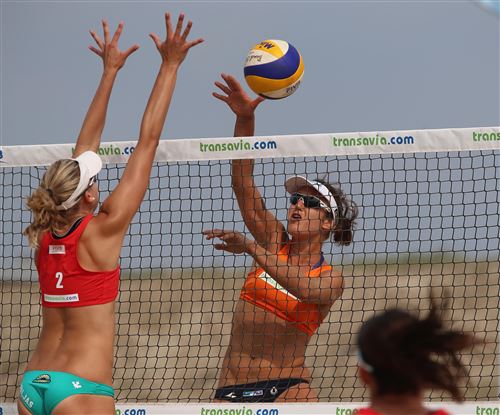 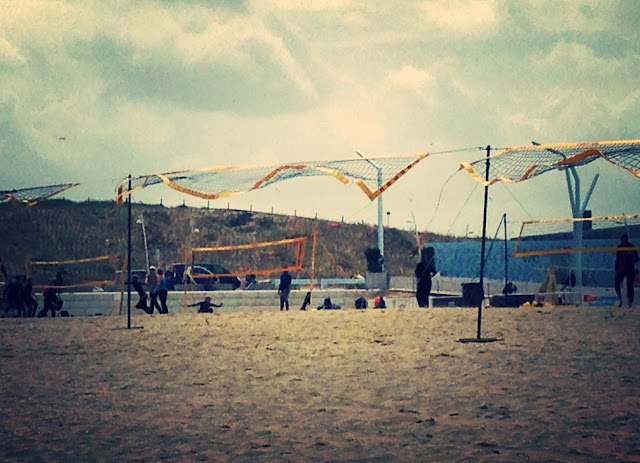 Next we went to Holland
...a spot on the coast called The Hague. One of the windiest places I have ever played! Not a great tournament for us here either. We lost our qualification match against Italy so we didn't make it into the tournament. 33rd place finish.
Next up: ROME! One of our favourite stops on tour. 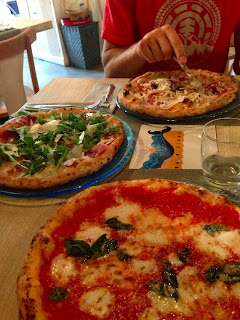 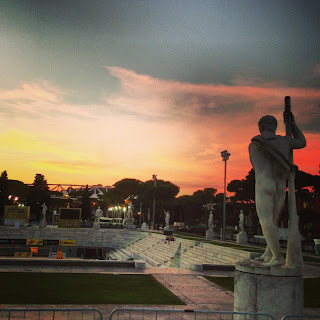 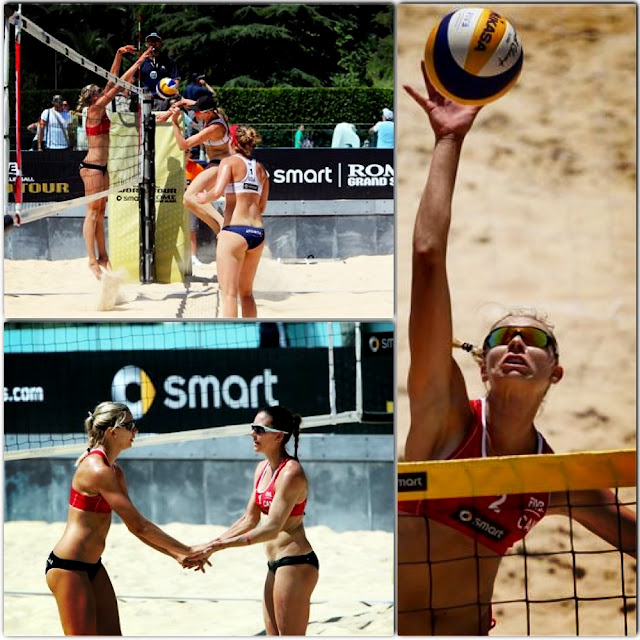 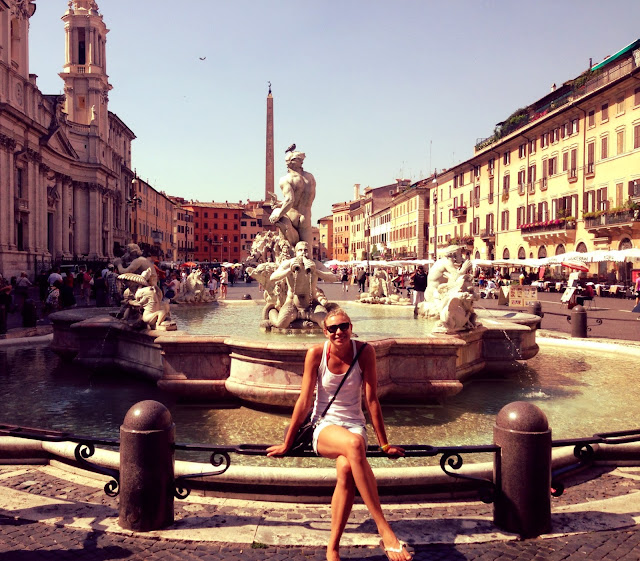 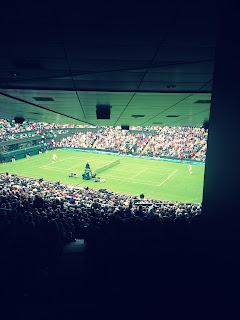 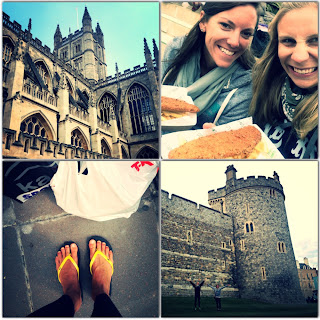 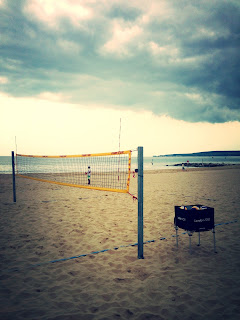 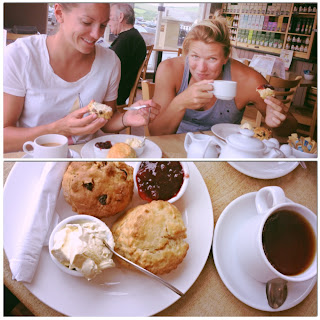 There was a week with no scheduled competition, so instead of paying for expensive flights home and having to deal with jet lag, we were lucky enough to hang out with our good friends Lucy and Zara from Great Britain. What a week! A lot of driving, sightseeing, meeting some great people and of course fitting in some training too.
Apparently the Rome airport was on strike, so we were bag-less for the entire week in England. But thanks to VISA insurance we got to go on a little shopping spree (for essentials... and some cute clothes too obviously). 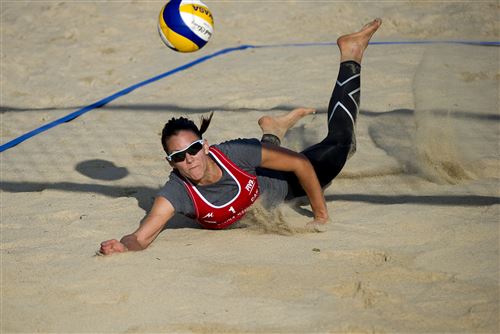 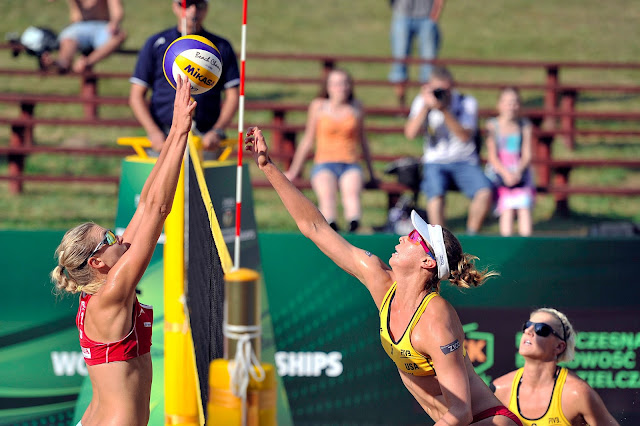 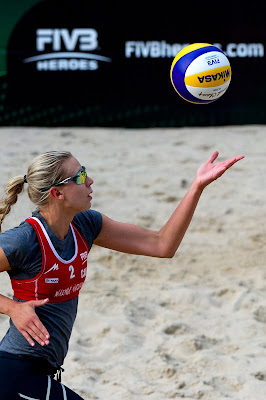 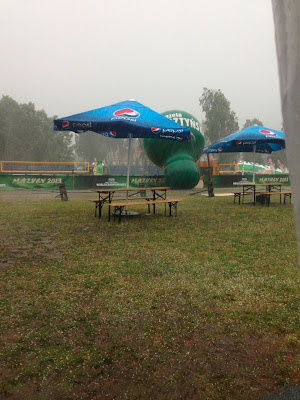 Pre-game hail storm out of nowhere. Wait, what? 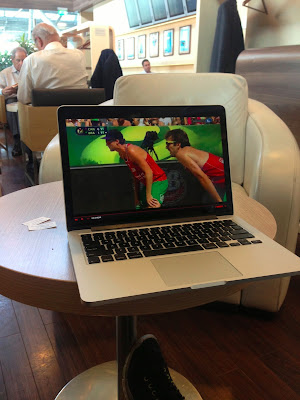 This was such a great experience. It was volleyball at it's highest level, only second to the Olympics. The atmosphere and intensity in this little Polish resort that hosted the tournament was awesome. The crowds were enthusiastic and there were a lot of them. Definitely saw my fair share of speedos and rat tails... but that's another story. We battled against two American teams and a Dutch team in pool play, unfortunately not managing to pull out a win, but learning each and every day. Canada's men's team of Ben Saxton and Chaim Schalk had a great tournament, taking down teams as they advanced through playoffs. We got to watch their quarter final match versus Brazil in the Warsaw airport lounge. A close game that they almost won! They ended up 5th, which is alright I guess. Way to go boys! 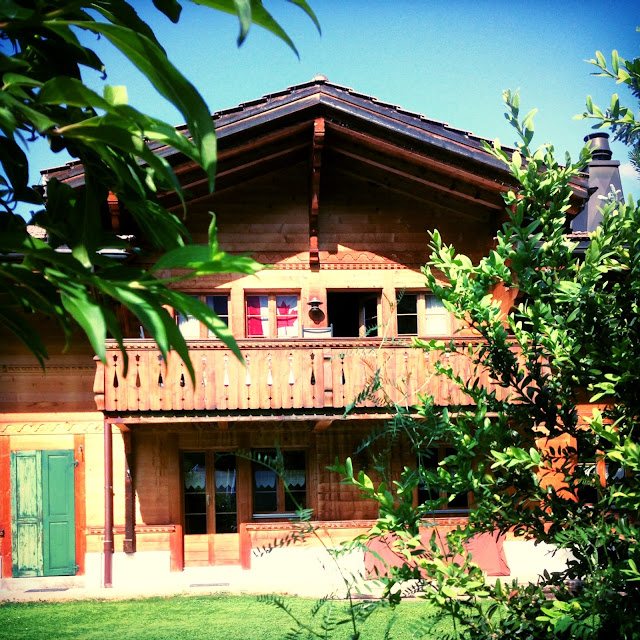 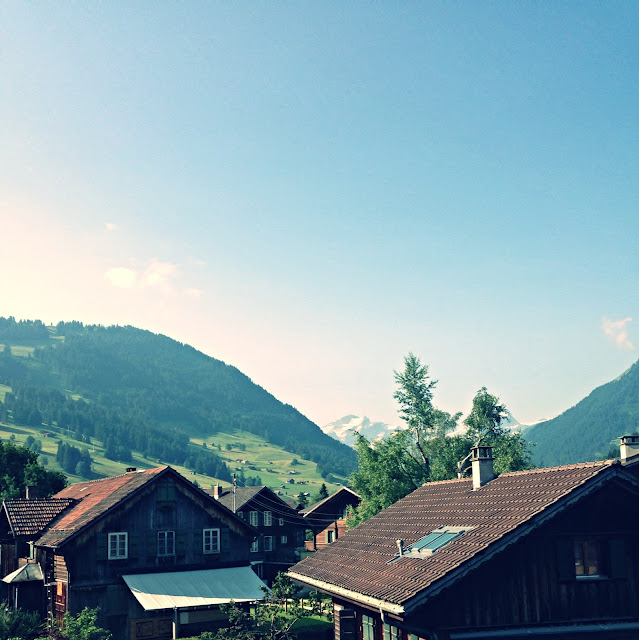 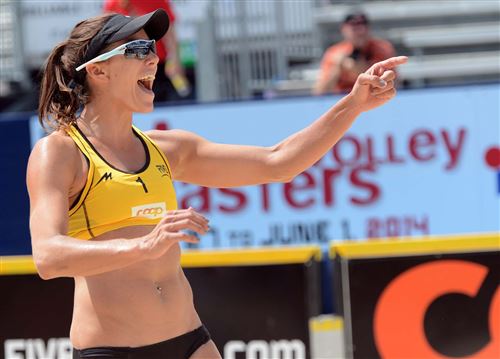 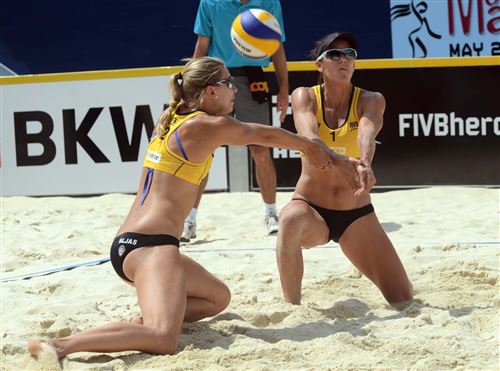 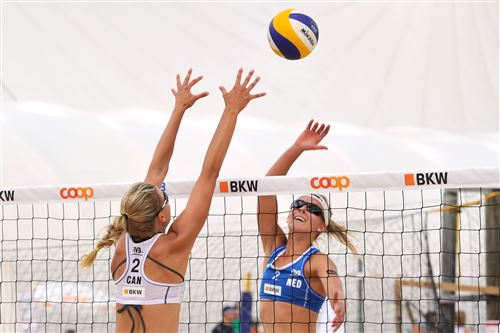 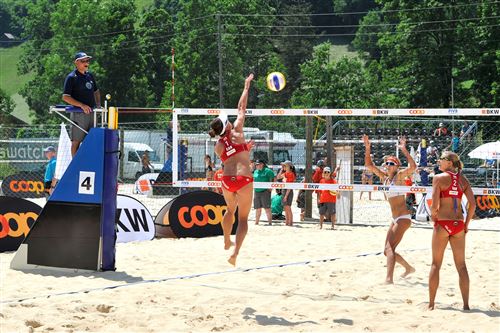 We love Gstaad! What a beautiful town. After taking a scenic train ride from the Geneva airport, we settled into our awesome chalet with a bunch of other Canadians.
We beat a Czech team in the qualifier to advance to the Main Draw. Then we were pooled with the top teams from Holland, Austria and Slovakia. A tough pool, we were definitely the underdogs, but we battled hard and showed some of our stuff to make the matches close. Unfortunately we lost and took a 25th place finish. But you really can't stay down in Gstaad for too long, it is too beautiful! Especially when you take on the mountains with your rented moped. 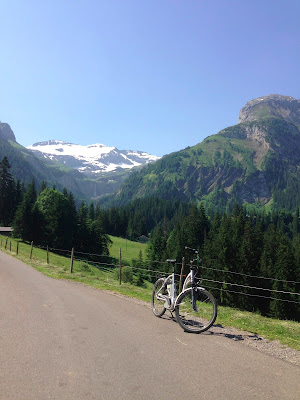 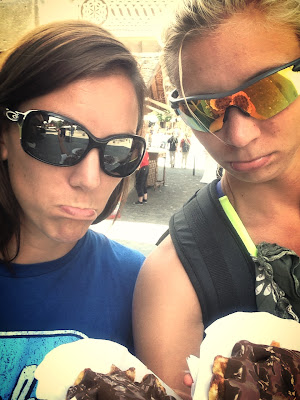 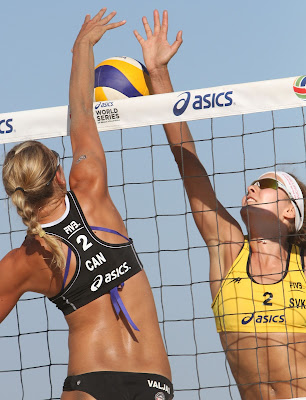 So that capped off our Euro trip! We flew back to Canada (Jamie to the west coast and me to Toronto) for a little recovery and down time before meeting up again in California for the next FIVB stop in Long Beach. We got there early to get some training in before the tournament started. I want to send a shout out to Celeste for being an awesome hostess and putting us up for a couple of days before the tournament covered our hotel. THANK YOU!

We had enough points to get straight into the main draw this time, which was so nice! We could just focus on the games we had in pool play. First up, we met up with a US team on centre court... not our best performance.. we lost that one pretty quick. But then we picked it up and had a better game against Brazil. Lost that one too, but managed to do some good things. Finally we played a team from Austria and beat them to advance to the playoff round, where we fell to the same Slovakian team we met in Switzerland. An unfortunate cross-over, but we will be looking for revenge if we ever meet up with them again!! Ended up with a 17th place finish here. 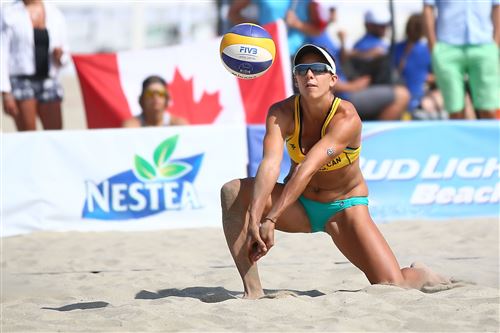 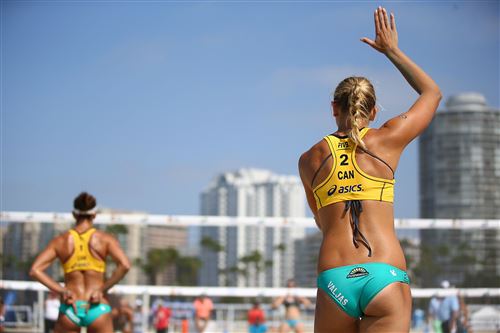 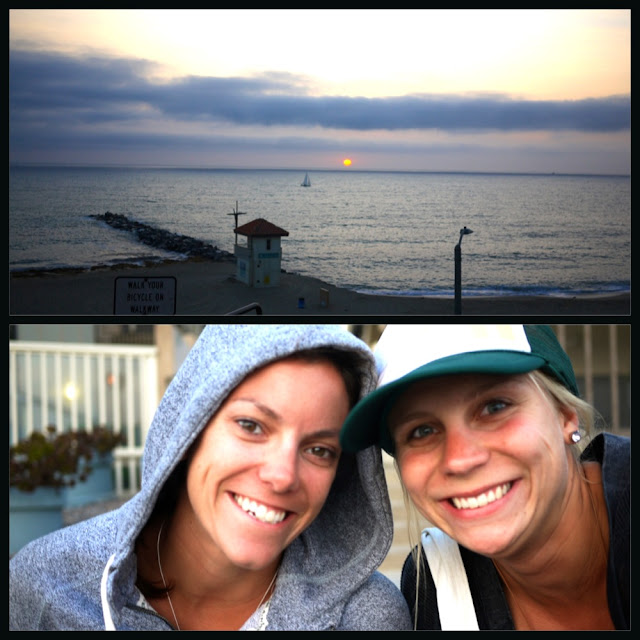 'til next time, California!
Share this article
Back to Home